Labeling and function of calculator keys

The display of the pocket calculator is divided into three types: light-emitting diode, fluorescent digital tube and low-power LCD. The position of the display can be divided into eight, ten, twelve, and ten PR positions. However, the general pocket electronic calculators that use eight or ten positions are widely used, and there are more imported and domestic models. , But their usage is basically the same.
The label and function of the button
Calculator keys are divided into two categories: “number keys” and “function keys”. Different types of calculators mainly have different function keys. Take a general pocket calculator with eight-digit fluorescent digital display as an example to illustrate the labels and functions of various keys.
1. When setting the number keys, input them in order from the highest digit in the writing order.
2. Decimal point key, after pressing this key, the number entered again is the decimal part.
3. To perform a certain operation on the four arithmetic function keys and the equal sign key, press the corresponding operation key. The order of the keys is generally the same as the calculation formula, that is, the number key, the operation key, the number key, and the symbol key. After pressing the equal sign key Get the answer.
4. Symbol change key, press this key to change the sign of the displayed number. If you want to enter a negative number, press the number key first, and then press this key.
5. Square root operation key Wansi first enter the number, and then press the shift key to get the
6. The percentage key is used to calculate the percentage rate. This calculation has more content and different operation methods. 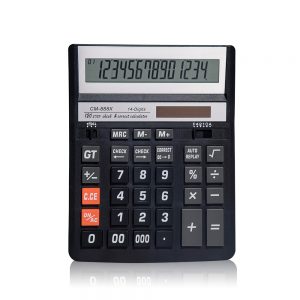 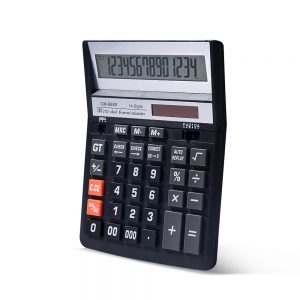