The LCD part and power part of the calculator

The front and back of the liquid crystal screen are respectively placed with W and a layer of ten millimeter film, which is a light polarizer (also known as a polarizer or a polarizing film). It is an optical film made of polyethylene drunk material, which can turn natural light into single-directional polarized light.
The principle of liquid crystal display is closely related to the role of the polarizer. On the surface of the polarizer, a certain optical orientation is formed after iodization and stretching. Only when the two polarizers are in an orthogonal state (the optical orientation is at an angle of 90 to each other), the wells are attached to the two sides of the liquid crystal screen. The distortion phenomenon is controlled by the electric field of the signal to show the numbers.

The electric probe part of the calculator is composed of battery, battery room, external electric socket, electric probe switch and power supply voltage conversion circuit. The nominal rated voltage of various calculators is not the same. Usually 1.5 volts, 3 volts, 4.5 volts, 6 volts, 9 volts and so on. According to the different characteristics and usage requirements of the calculator, the batteries used are also different. Now the various components of the power 9 are described as follows:
(1) Battery
The dry batteries used in calculators (also known as zinc-manganese batteries) are not suitable for card-type and diary-type calculators because of their large size. They are generally suitable for palm-type and desktop calculators. The materials are mostly zinc-manganese batteries or alkaline zinc-manganese batteries, and the models are large, size 2, and size 5. It has a negative pole at the bottom and a positive pole at the top.
Button batteries (also known as zinc silver oxide batteries or zinc air batteries) are suitable for card type and diary type calculators, especially for various calculators with low power consumption LCD display. The material is mostly silver-zinc battery, manganese battery or zinc-air battery. Its bottom part is the positive electrode and the top part is the negative electrode.
External power supply (also known as electric drift converter or AC converter) is a small conversion power supply that converts 220 volt AC power into 1.5 volt, 3 volt, 4.5 volt, 6 volt, 9 volt and other DC power. It is used for various large calculators, generally equipped with calculators for fluorescent display and light-emitting diode display. Its general technical characteristics are:
Input voltage: 220V ± 10% 509,…二,,, .5. , Knock-off pressure: -V-二1070
Maximum current: I50mA
Power consumption: <1.5w (maximum load)
Dry batteries and button batteries are chemical batteries, and their electrical energy is converted through internal chemical reactions. Another type of physical battery is different. It does not require chemical reactions to directly convert the energy provided by the outside into electrical energy. This is the solar battery (also known as light energy power supply). When it is actually used, other lights, candle lights, etc. can be used in addition to the sun’s rays. Some calculators can also use light energy as a switch, that is, turn on when there is light, and turn off when there is no light. 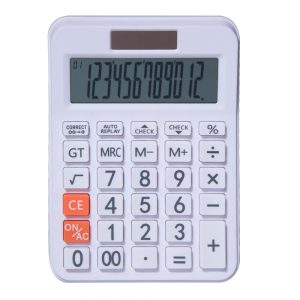 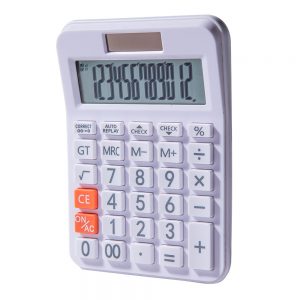 What are the characteristics of the voice calculator?
2021-07-22
Products Category
Featured posts
Recent Projects